FiveFingers in Jamaica? No problem, mon!

You might have noticed it was fairly quiet around here over the past week. That’s because I was in Jamaica. My wife and I were celebrating our “babymoon:” this is the last ditch pre-first-child vacation for expecting parents. Yes, I think “babymoon” is a goofy sounding name for a vacation. Some people think it sounds “cute.”

The only footwear I brought along for the trip were my Classics, KSOs, and Chacos. I wear my Chacos less and less these days as they just feel increasingly heavy and clumsy. I wonder why. I normally would have brought along some flip-flops, but I couldn’t find mine.

Beach Impressions: My Classics served as my all-purpose footwear and I wore them throughout the resort with the exception of dinnertime when I needed to wear more acceptable footwear. As it went, the 5 finger Classics worked exceedingly well for time by the pool, gallivanting about the resort, and for brief walks across the beach (Normally, I took them off for beach-time!).

I was surprised to find that the gaping open-topped Classics allowed very little sand into the shoe. My hunch is that, unlike “flip”-flops, the integrated foot/sole design of VFFs reduces the flipping of sand particles into the air (and thereby into the footbed). Don’t hear this as saying you won’t get any sand in your fivefingers at the beach, and furthermore, you shouldn’t be wearing your fivefingers on most beaches, anyway (excepting cases of overly shelly beaches or in times of beach sprints): beach time should be 100% barefoot time! Take advantage! 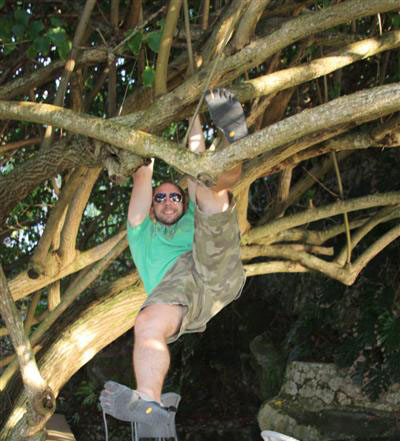 Other notes from the trip: virtually no one remarked on my fivefingers. This was a break from the gawking norm, and I can only assume it was due to the prevalence of traditional water shoes (Most people likely just assumed I had eccentric taste in water shoes).

I also got busted by the resort fitness director for being in the gym in my Classics, which weren’t “proper footwear.” I attempted to explain to him that I lift in my VFFs all the time, and that sneakers aren’t going to protect your feet much from the crushing force of falling iron. It didn’t work (And I had just finished my brief 50 pull-up workout, so I didn’t press the issue) and I went to the pool.

Shortly thereafter, he sought me out and we had a very long conversation about fitness and I learned about his five year stint as a Jamaican cage fighter. And he acceded my point and said I could still workout in them. CYA is the same in Jamaica as anywhere else, I suppose. 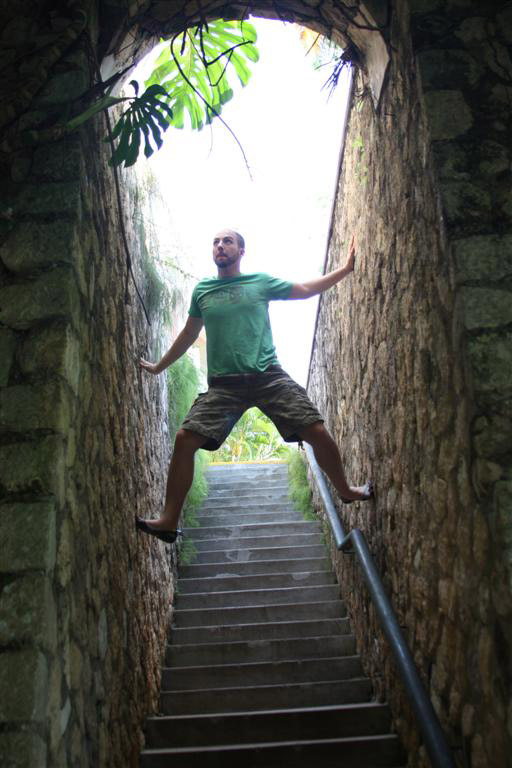 More TSA experiences with birthday shoes socks! Egged on by a new fivefingers friend, “MC” over at begin2dig.com, who has yet to be asked to remove his VFFs (Flows, I believe) while proceeding through airport security, and wanting to see if I got a repeat performance of TSA stink eye, I wore mine through all security checkpoints on the return to the states. As you might expect, there was “No problem, mon!” in Jamaica — not even a pause from their security. After proceeding through U.S. customs at Atlanta Hartsfield-Jackson, you’re required to go through TSA security. I did, and here’s what transpired:

TSA Lady: [Waves me to proceed through metal detector]
[With a chuckle …] “I have never seen anything like that!”
[Holds up her hand to halt anyone from following me through]
Me: [Unsure if she’s also wanting me to stop] “They’re called five fingers”
TSA Lady: “No, they’re called socks!”

And that was that. She loved my birthday shoes … er … socks!

Stay tuned! I got to test out my KSOs on Jamaica’s Dunn’s River Falls (Wiki), which is a large waterfall that flows into the ocean. Visitors get to climb up the falls directly in the water, on the rocks. I wore my KSOs and my wife, who opted to pass on the experience, took a few shots. So I’ll be blogging a review of the wet ware use of KSOs soon!