BirthdayShoes reader Ray recently took a trip to Alhama, Spain. Ray decided to spend his week there running and hiking remote trails with a guide and a dog as his companions.

What follows are some more amazing photos of Ray running the trails in southern Spain. His footwear of choice were the FiveFingers Spyridon LS, which his guide was a little concerned about (but ultimately may be a convert!). Read on!

I just wanted to share some photos from a trail running week in VFF Spyridons, in the surrounding areas of Alhama, Spain, on some fairly remote trails.

My guide and I spent a week exploring the area, and didn’t come across any other trail runners. I have been trail running in VFFs for about 3 years now, and enjoy the Spyridons since they upper seems a bit tougher/longer lasting than older models. During the run I did some photography for the local tourist office, I modified a running pack with a camera bag shell inside to carry a cam with a lens, and an extra lens, along with other essential gear (food, jacket, water).

It was just the guide and me (well, his dog Ratta also, haha) in and around Alhama on these runs. Each day during the week we covered fairly different terrain. We started with the gorge near town …

Then the fantastic Lord of the Rings trail out on a nearby mountain with snow cover and ice waterfalls, sadly I didnt take any shots of the frozen falls, my fingers were too numb to operate my camera, haha, but my toes were fine 🙂

I found the guide through this site. The guide’s name is Paul Bateson. During the week we covered about 80 miles, along with hikes along the gorge in town after runs. We ended up finishing the week with an impromptu half marathon in the small town of Baza nearby. The guide had planned to race it, and I tagged along since I figured it was a great way to see other parts of Spain less traveled. Paul noted I was probably the only runner of 800 in vffs.

During the trip I stayed in the town of Alhama, in a cozy family inn. The town was surrounded by olive trees, along with a olive co-op on the outskirts of town. Olive oil was on the table with every meal, it was the best olive oil I had ever tasted. The town itself had a great deal of history, and I ended up doing some photography for the towns tourist office to help promote the city, since most tourist tend to pass through to the larger metropolitan destinations in Spain.

Here is one of the photos, its the city’s old dungeon: 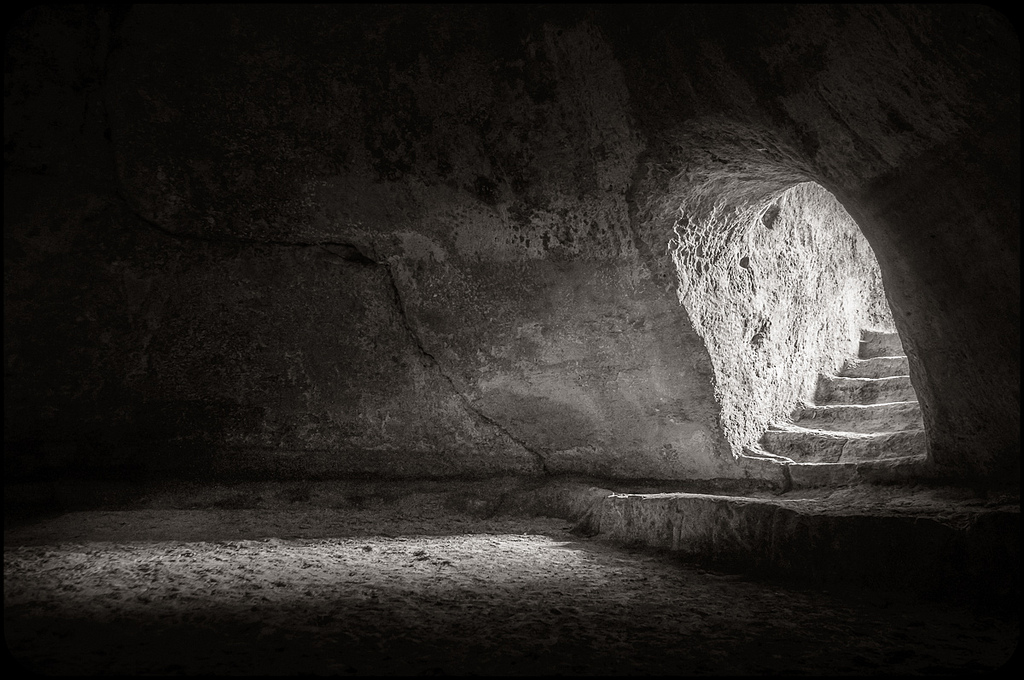 I would highly recommend this vacation for trail runners, the guide and city are amazing. One funny fact, when I showed up in VFFs, the guide was like “Oh, you brought other shoes right?” Haha! After I explained I have been running trails for 3 years in VFFs he still insisted in giving me loaner shoes. I wore them while my VFFs dried out after the runs :). He currently picked up the New Balance Minimus Trails, so far he likes them. 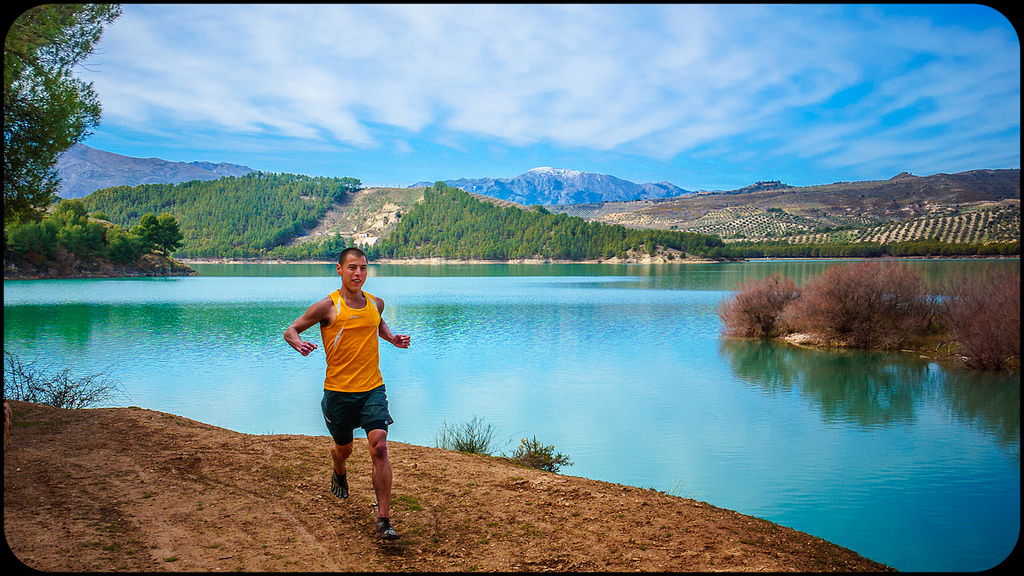 Sounds like you had an incredible time, Ray. What a beautiful country and way to experience it!

Outside of globe-trotting and running incredible trails in toe shoes, Ray works at a studio where he gets to use a walking desk all day.

Is it just me, or is anyone else jealous?