A few weeks back I got the chance to share with you my first impressions on the Vibram Five Fingers Bikila. At the time, as the Bikila wasn’t even officially “out” yet, and the pair I had was part of the Boston Marathon Expo / All-Star Barefoot Running mini-release and didn’t even come in a box.

But the Vibram Five Fingers Bikila is out now! — at least for blocks of a few hours here and there as retailers put them on the shelves (Like yesterday when we finally saw women’s Five Fingers Bikilas at CitySports — as well as the final men’s color!), only to see them fly off those shelves in quick order. Both Travel Country and City Sports saw their online inventory disappear in rapid-fire succession, selling out of most sizes in hours.

The Bikila is presently the Vibram Five Fingers of choice — particularly for runners interested in minimalist or barefoot running — and as I recently got a pair — in an actual box — in the sky blue and yellow color combination, I decided to take a bunch of photos and do a “proper” video unboxing. So without further ado, after the jump you’ll find a video unboxing of the sky blue/yellow Vibram Five Fingers Bikila complete with a slew of photos for your viewing pleasure!

For a detailed written description of everything you see in the video above, including specific design features, build, and thoughts after an initial test run in the Bikilas, see the first impressions and initial review of the Vibram Five Fingers Bikila post here.

Flexin’ those toes in the Vibram Five Fingers Bikila! 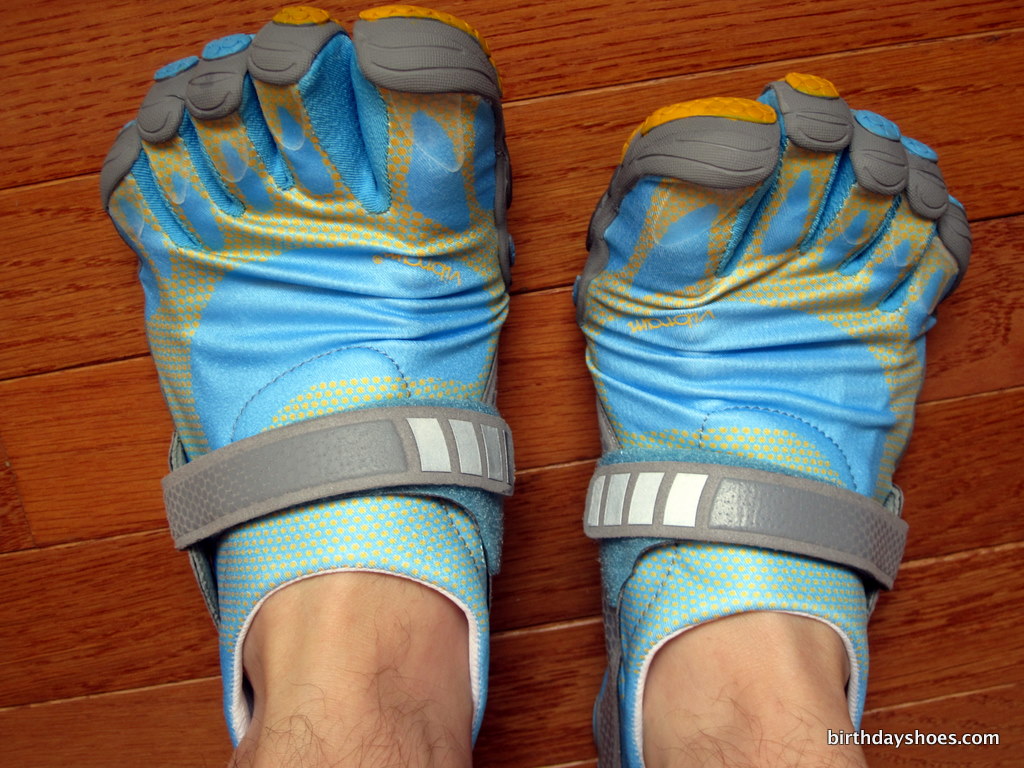