Late this summer VIVOBAREFOOT debuted a new addition to their road, sandal and hiking shoe lineup which is targeted at trail running. The Neo Trails, which are offered in both Men’s and Women’s sizing in a wide variety of colors, differ from standard trail shoes with their extremely aggressive tread pattern. With a no drop heel, the sole thickness is the standard 3mm that you might find on a regular minimalist shoe, but the Neo Trails borrow 5mm luggs from their hiking shoe counterparts that are reminiscent of the tread on a mountain bike tire rather than a running shoe. In fact, when first unboxing the Light Grey/Red pair tested in this review, the pleasant smell of fresh rubber reminded me of the new tire section at an auto repair shop. Like many of their products, these shoes support VIVOBAREFOOT’s green mission of ecological survival and sustainability. The Neo Trails are manufactured in sweatshop free conditions, are 100% vegan, and the soles are made from recycled rubber. Even the shoe box they come in urges you to think of creative ways to reuse it or, at the very least, to recycle it. Full review and tons of photos after the jump!

The Neo Trails sport well crafted uppers that are kept together with double stitching and are made up of a strong material that has a canvas like feel to it. Inside they are comfortable lined and have a bit of light padding around the ankle. The tongue also had a bit of padding to it and is sewn in about halfway up the length of the laces. The heel cup fits snuggly so your foot will stay put without slipping when the shoe is under force. 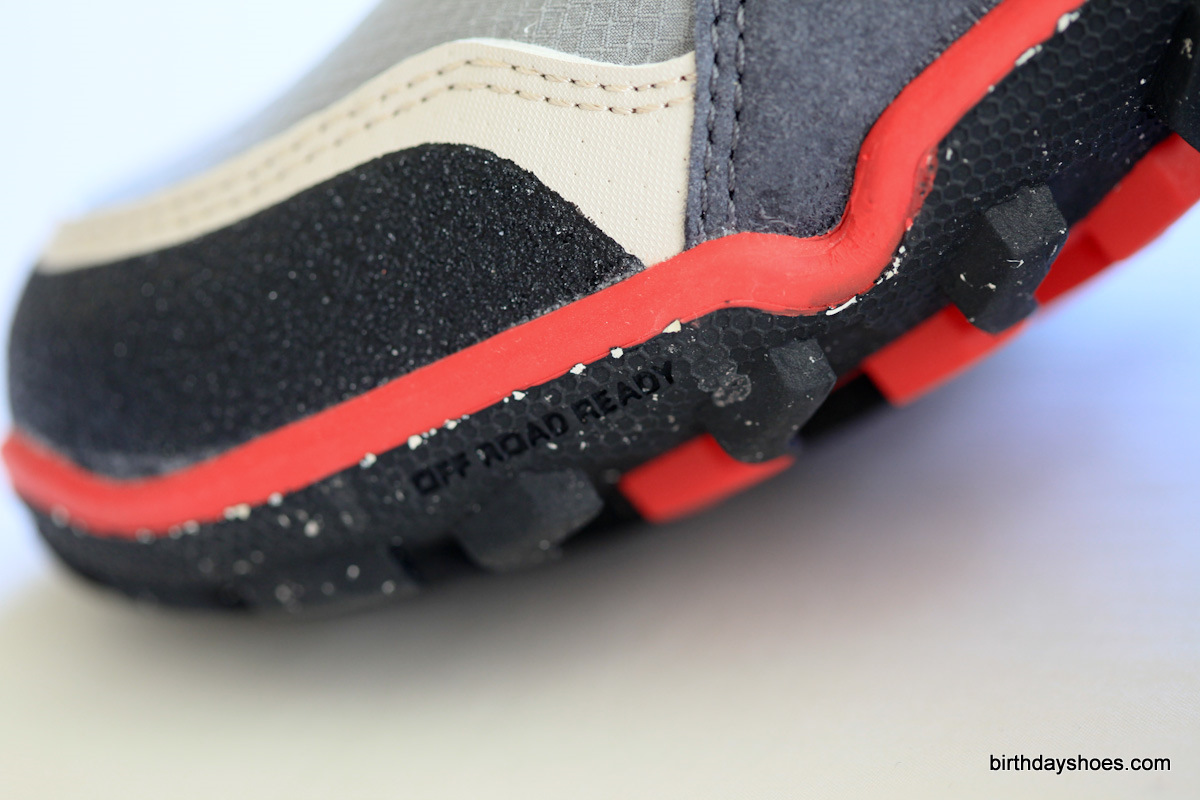 As with many of VIVOBAREFOOT’s shoes, the Neo Trails have an ultra-thin puncture resistant sole with a wide anatomic toe box that has plenty of room for your foot to expand and contract with each step. As someone with fairly broad feet, when I say wide I mean that there is a substantial amount of room to wiggle your toes back and forth and flex your foot. If you are used to running in Vibram FiveFingers or other more tightly fitting running shoes, this may feel a bit disconcerting at first, but it’s actually quite comfortable. Even jumping straight into a few longer trails runs of up to 8 or 10 miles there were no hotspots or signs of rubbing anywhere that might cause blisters. Despite the tall luggs there is still a very good feel for the ground. I was very impressed to note that when walking around the house after trying them on the first time, the luggs would actually catch on the carpet. While you can still feel the shape of individual pebbles or small rocks underfoot, they aren’t painful to step on like one might experience with FiveFingers. The insoles are of a medium thickness, but are easily removable which lends itself to even better foot proprioception as VIVOBAREFOOT suggests the insoles are a matter of insulation and personal preference. In rigorous testing, the insoles were found to slip a bit and ended riding up behind my heel before I removed them permanently.

So how did they do? While worn around the local singletrack and dirt trails in the area they performed well with a solid feel for the ground. The Neo Trails handled dirt, sand, wet leaves and slippery rocks in streams as easily as any trail shoe might and even having the large lugged tread didn’t seem to make much of a difference on pavement. Running a few miles on asphalt to the trailhead was definitely doable and even making quick turns or shifts in weight on wet pavement pleasingly posed no problem. The only criticism here was that, like mentioned above, the insoles slipped around before I took them out. I also found that unless I double knotted the shoe laces they tended to come untied quite easily. But to really put these shoes to the test I competed in my region’s Tough Mudder obstacle course race while wearing them. For those unfamiliar with the Tough Mudder series, it’s a race designed by British Special Forces to test any athlete’s mettle and determination. Essentially it’s a 10 mile course running around a ski resort, up and down black diamond ski slopes while traversing terrain that includes pavement, grass, dirt, mud, freezing cold water, fire, and electrified wires. Perfect conditions to test any trail shoe! The words “Off Road Ready” are printed on the side of the sole and boy are these shoes ever!

The race series is popular among the Crossfit crowd, so many of the competitors were wearing FiveFingers which ended up being a poor choice on the slick, mud covered ski slopes. In soft dirt going uphill, the Neo Trails dug in well and provided great traction in loose sections. Going downhill I was even happier with the Neo Trails as I managed to keep my footing where others were losing their balance and were simply managing a controlled slide down the mountain. Even when the soles were caked with mud, the 5mm luggs provided enough grip to keep me upright. The shoes were generally comfortable to wear over the 10 mile course, but as the uppers aren’t as breathable as some other shoes on the market, once your feet were submerged they tend to stay wet for longer than desired. Under normal trail use, in the rain, or with the occasional step in a puddle, the Neo Trails shouldn’t let in too much water, but jumping into a dumpster filled with ice cubes isn’t normal trail use. Since the weather has gotten cooler now here in the Mid-Atlantic region I haven’t been able to test them in warm temperatures, but I expect that they might tend to be a bit on the warm side if you are running in the middle of the summer. Following the race they cleaned up easily, and looked as good as new after spraying them down with water and going over them with a stiff brush. 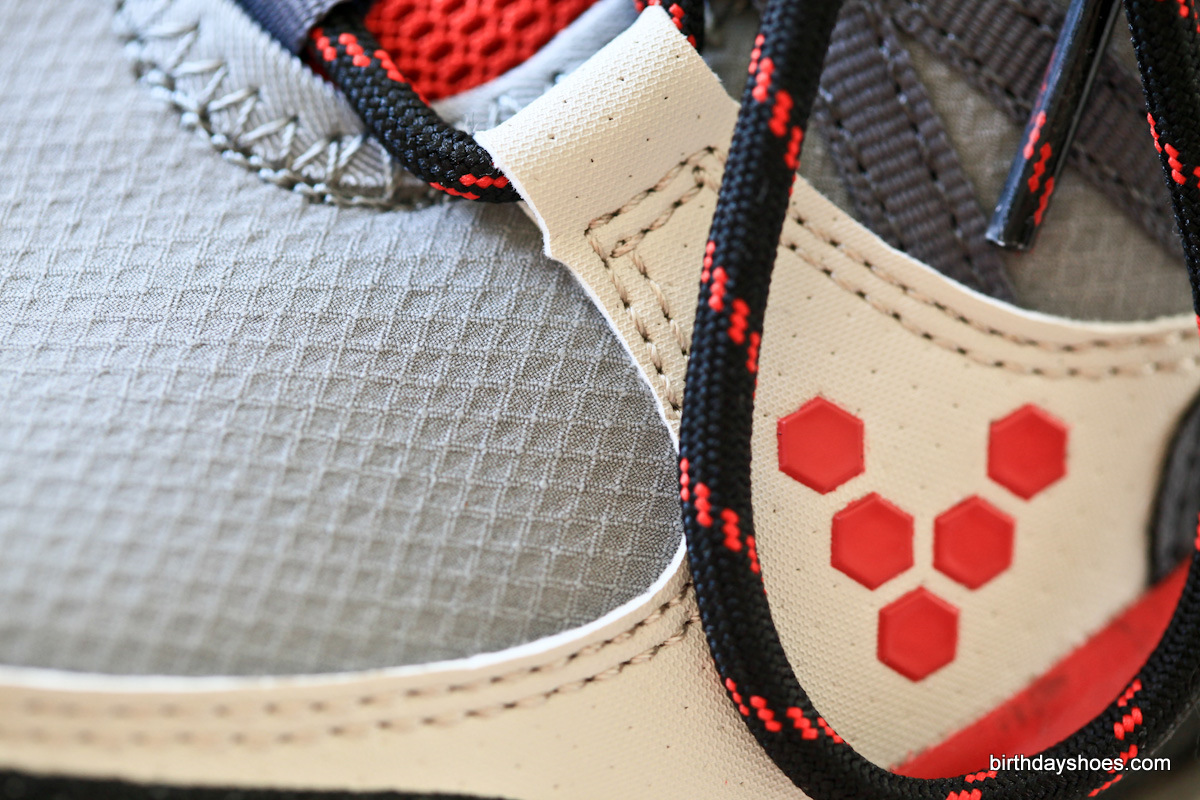 From a style standpoint, the Neo Trails look as good with a pair of running shorts as they do with a pair of jeans. I found myself occasionally grabbing these for casual wear and they felt good doing extended errands around the neighborhood despite the oversized tread. Even after being on my feet for several hours they remained comfortable. There are a number of color offerings from a muted black to a vibrant yellow and blue for the men and a pink and crimson for the women to suit your tastes. 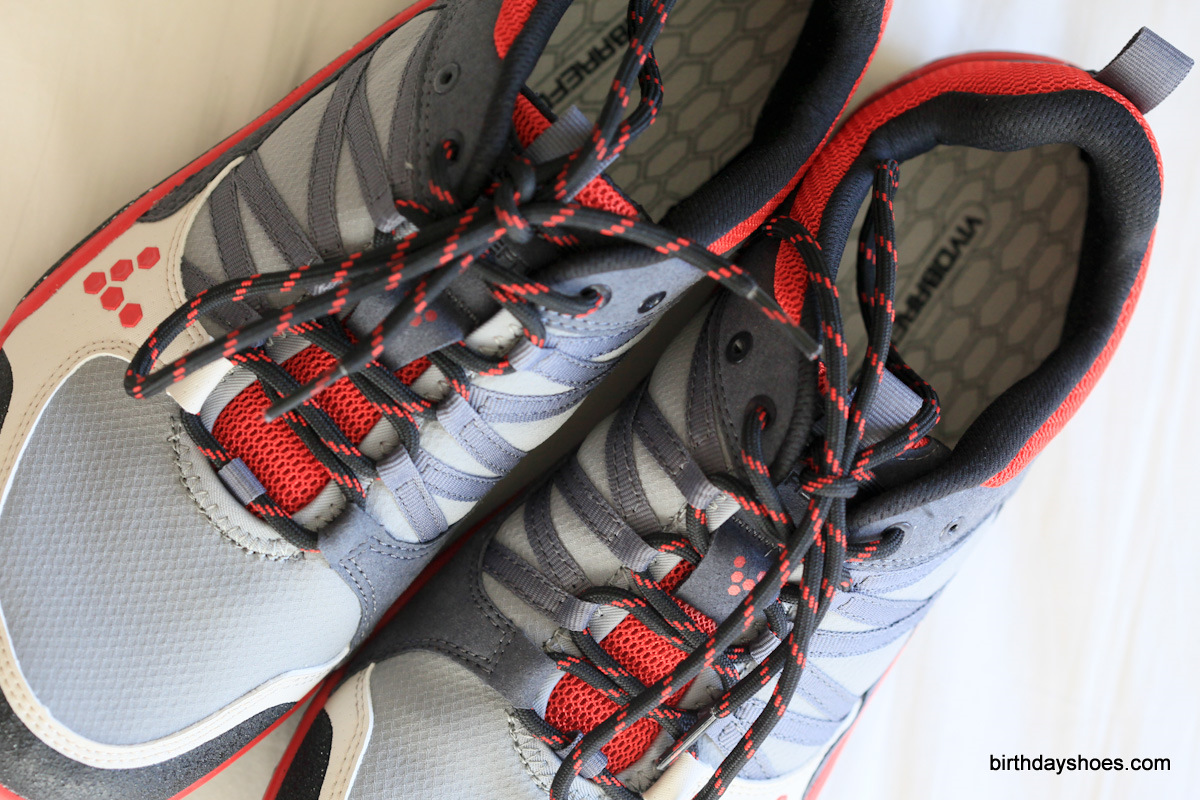 If you’re looking for a sturdy minimalist shoe to use over the roughest terrain, the VIVOBAREFOOT Neo Trails definitely deserve some attention. The no drop heel and thin soles provide an excellent feel for the ground that will satisfy any discerning minimalist shoe wearer’s requirements and the extra wide toe box gives your feet enough room to move with each step without any feelings of restriction. Due to their aggressive treads, they have outstanding traction in wet and slick conditions, and other than a few small gripes about the shoe laces easily coming untied and their overall breathability, they perform very well on a wide variety of surfaces ranging from dirt and mud to surprisingly even pavement. The Neo Trails are available online at VIVOBAREFOOT’s website for $130, which is generally in line compared to pricing on many of their other casual and running shoes while coming in well below some of their pricier hiking boot options. I spend much of my time during the summer on the slick-tired road bike and pounding the pavement in Vibram FiveFingers, but once the triathlon season is over I look forward to going off road on the knobby-tired mountain bike. I found the Neo Trails to be the perfect complement to getting back to nature with trail running and rediscovering just how much I enjoy playing in the dirt. The Neo Trails weigh in at 198g/6.9 oz and list for $130.