When the UPS guy dropped of the box of the Mini Mil boots by Belleville I could hardly contain my joy. I talked about these boots a little while ago and really hoped they would meet the need for boot with more protection while still being quite minimal. Read on for my review!

When I took the boots out of the box I was surprised at how light they were. The pair of Mini Mils seemed to weigh as much as just one of my clunky old Magnum boots. On the surface the boots looked great; very similar to the way most tactical boots look. The laces are made of the thicker para-cord type material and the eyelets on the boots are the traditional holes instead of the hooks. The wide toe box was very room without looking super wide.

I wasted no time and started testing the boots the first night they arrived. I had planned on attending my regular Crossfit workout and decided to wear the boots. I knew this was a little a bit of gamble but I figured this was any easy way to put the boots through their paces. Despite a few strange looks from my gym friends, the boots performed surprisingly well. My workout included lots of jumping around as well as quite a bit of full body movements. I had feared some blisters, but my feet were just fine. I had planned a trip up to the local Southern California mountains (Big Bear) and there was a good dusting of snow from the previous week’s weather. I know that these boots aren’t water proof, so I hit them with a light spraying of scotch guard and headed up the mountain. The weather was in the 30s during the day and low 20s and teens in the evening. I donned some thick socks and romped around in the snow. My feet stayed warm and dry with no snow sneaking in at all; another performance test passed. 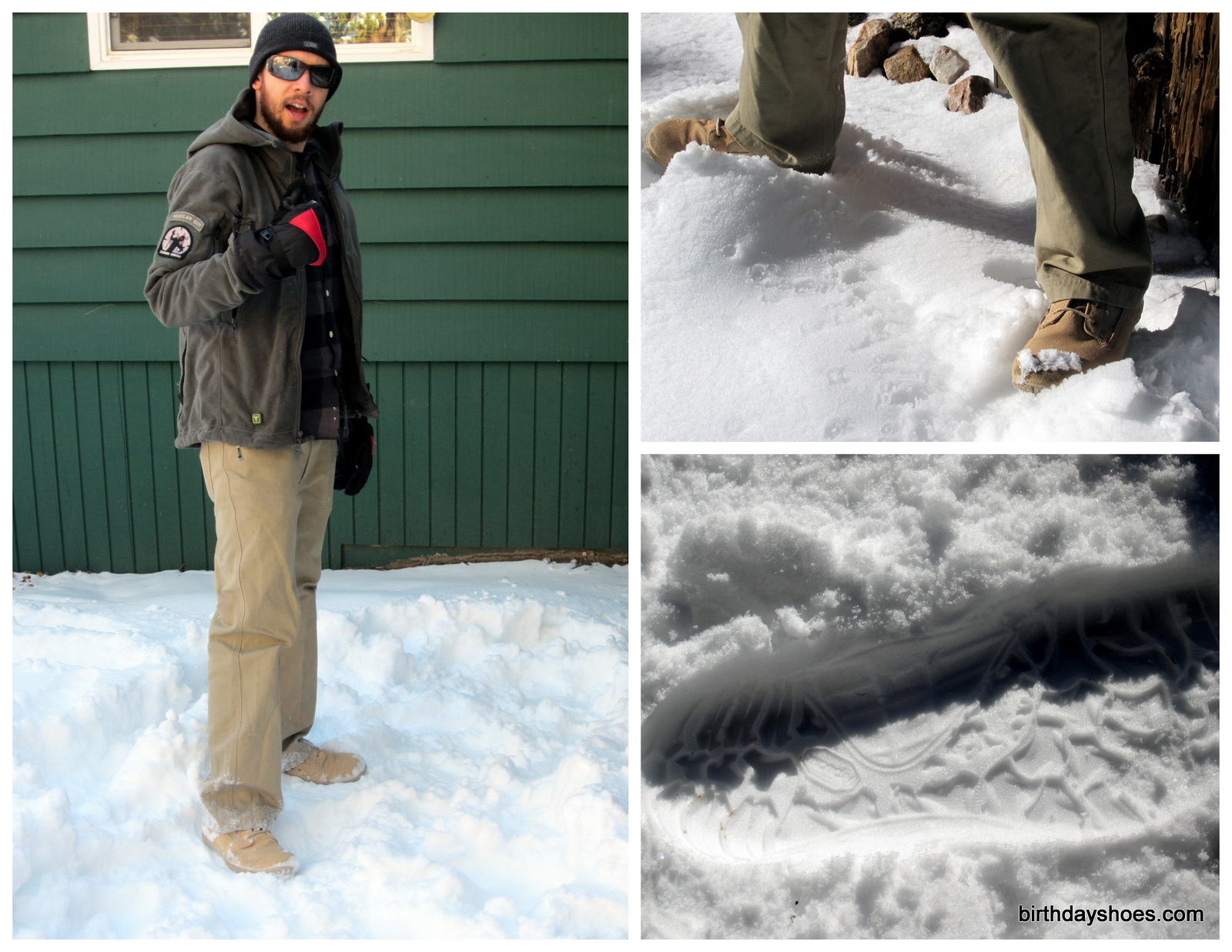 I wore the Mini Mil boots everywhere. The tan color pairs well with jeans and I got a ton of compliments. The black boots have a bit more of a formalized look with a shiny leather that you can shine up; perfect for those in law enforcement as a duty boot. I wear a size 11 in boots, and the Mini Mils definitely run true to size. There is a whole lot to like about the Mini Mils, but I did have a few things that I would have preferred to be a little different. These boots are meant to be durable and with that comes some trade offs. The ground feel is better than regular tennis shoes, but I still had hoped for a little more. For a boot, it is the best the ground feel I’ve ever seen! But compared to most minimalist shoes (like my beloved Run Amocs) there was not that same deep connection with the earth to feel every pebble. For the first few weeks of wearing the boot I had two annoying hot spots on the outer edge of both of my heel bones. This appeared to be due to the heel cup, which holds the heel in well most of the time, but also seems to rub. As the boots “broke in” a bit, this went away. Now, I have no hotspots at all the boots feel like second nature. These boots are loaded with great features and all of them play a part in making a great minimalist boot. The added ankle support seemed fitting, and I could see how it would be a necessity when carrying heavy loads. It felt a pinch strange on the first wear, but after a short time I didn’t even notice it. The 5mm drop in the sole is hardly noticeable, and basically feels like a standard zero drop. Lastly, the edge of the toe feels quite firm (not steel toe, but definitely protective) yet still flexible. I found this balance to be great for still being able to wiggle my big toe, and having some protection. Besides those two tiny complaints I really love these boots. The Mini Mils will be my first choice for the range, hunting, or any place that requires a little extra protection. I know Belleville is considering making a Goretex version, and be sure to sound off in the comments section if that is a product you’d like to see. You can pick a pair of the Mini Mils for $156 on their official site, but I’ve seen them for as low as $120 at Ranger Joe’s.

Dan Finkelstein blogs at [url=http://mynameisfoxtrot.com]My Name is Foxtrot[/url], which covers firearms and movies.