When Vibram discontinued the original FiveFingers “Classic” last year, they rebooted the series with a completely redesigned model called the EL-X that has only been out for a few weeks. This is one of the most minimalist outdoor FiveFingers to date. Justin has already put together a thorough overview based on his initial impressions, so in this post I’m going to follow up with my thoughts on how they perform as a running shoe. 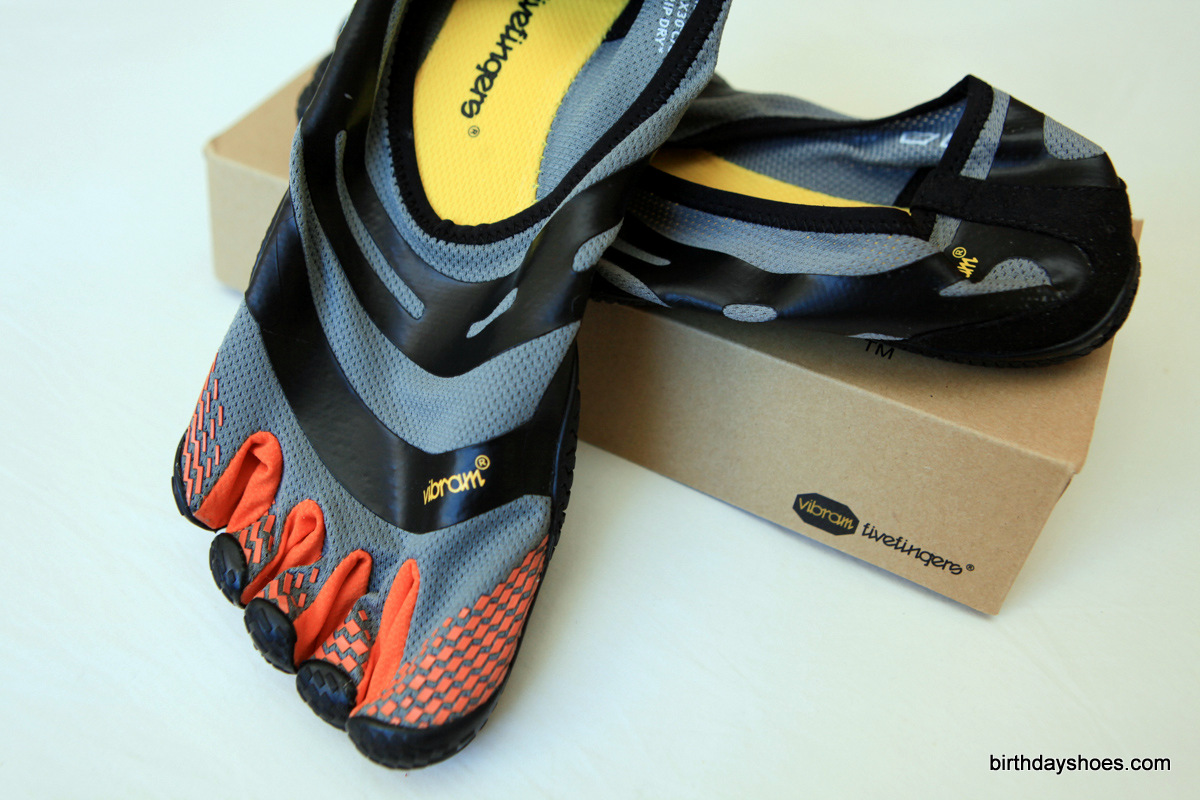 First of all, the EL-X is the featherweight in the VFF line up, coming in at 4.23 ounces for a size 43. By comparison, the SeeYa is 4.8 ounces and the Bikila is a whopping 6 ounces. Weight is saved in the thin fabric used in the upper and the super thin sole. The biggest weight saved though is due to the lack of any sort of strapping system. The upper is a technical polyester mesh which is reinforced with a few thin rubber supports that run across the top of the foot and around the back of the heel. The wide cuff around the ankle is an elastic band that makes getting into the shoe a breeze. 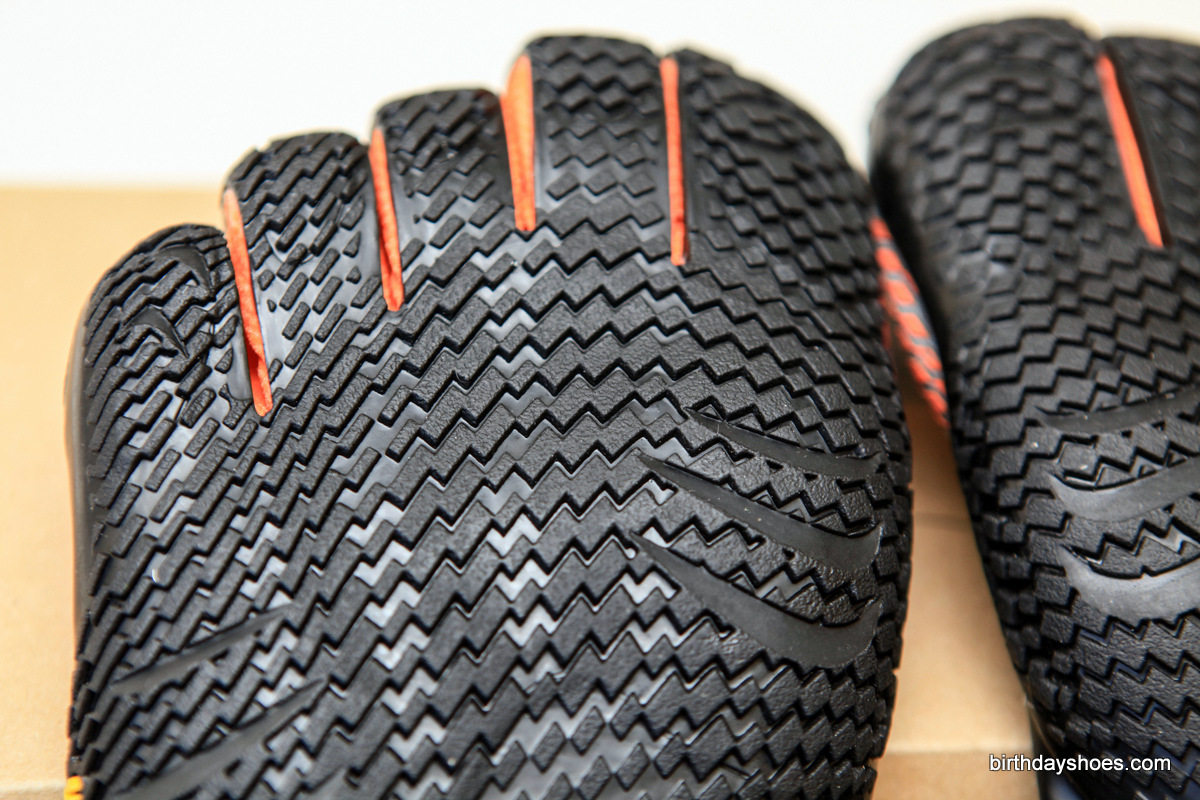 The sole is a completely new design that pays homage to the original razor-siped sole on the Classics, Sprints and KSOs. The tread pattern reminds me of what you get when you flex the original sole and the razor-siping spreads out, and you’ll also notice that it has the same three “swooshes” right under the ball of the foot. Speaking of soles, I thought the SeeYa had a thin sole at 3mm, but the EL-X goes one better coming in at 2.7mm. After spending a fair of amount of time in the robust soled Lontra and Speed XC, the EL-X was a breath of fresh air!

The EL-X goes on easy and while initially it felt a little tight across the top of the foot this feeling went away immediately after walking around in them. I noticed that the heel isn’t as snug as you’d find on something with a little more structure to the upper (on say like the Bikila), and I could accidentally knock the back of the shoe off of my foot if I rubbed something the wrong way with my heel. This isn’t really much of a detraction, but it is one of the tradeoffs you’ll live with when wearing such a minimalist shoe. While technically not listed in Vibram’s “running” lineup, I put them through their paces over the course of a few weeks. I used them for running stairs, doing speed work on the local high school track, plenty of treadmill time as well as outdoor road running. I even did a little off-roading in them to see how that would work out. Ground feel, as expected from such a thin sole, is impressive and definitely rivals or even exceeds the SeeYa. As a road shoe, even without a strapping system, running in a straight line on the track or treadmill, they work very well and stay put on your foot. Going off road feels okay and could be used in a pinch, but I’d go for something with a little more aggressive tread and support to the upper, like the Spyridon or KSO Trek, if you primarily run on dirt. 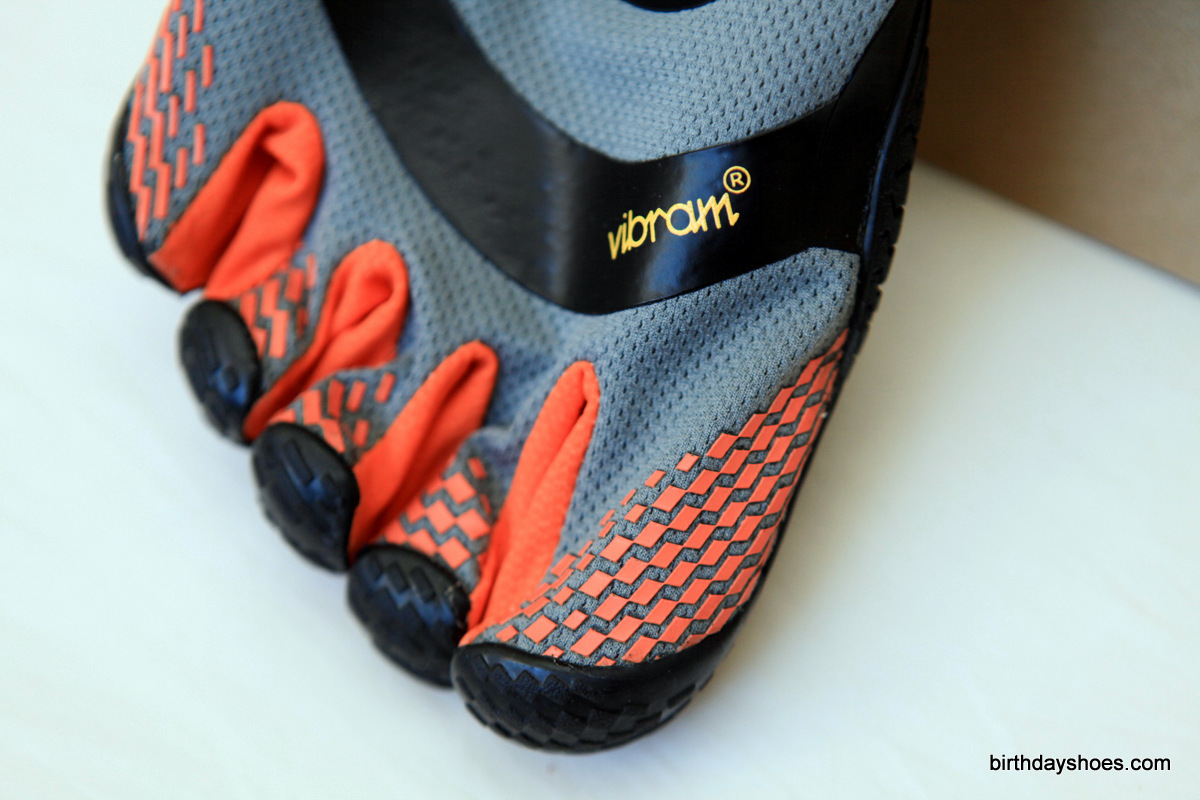 All in all, I’m a fan of the EL-X and how minimalist Vibram was able to go. They are super light, easy to get on, and give a great feel for the ground when running. While I don’t think they’ll replace my SeeYas as my primary running shoe, mostly due to the fact that I like the adjustability of the SeeYa’s velcro strap, they are a great alternative and definitely have a place in my closet. Here’s my pro’s and con’s list: Thumbs Up! Thumbs Down! If you’re looking for a shoe that can do a little bit of everything and you like the styling of the EL-X, it’s definitely a winner at $75 [Available here]. If you’re already enjoying life in a pair of SeeYas or Bikilas, I don’t think there is enough of an incentive to make a switch for running, but they are comfortable to wear around the house!