Vibram Five Fingers to Lose Weight and Get in Shape

The BirthdayShoes.com forum is chock full of great information from the most passionate minimalist shoe fans around. Sometimes the stories are so compelling that they need to be published here on the main blog. Chris’s story is one of those. He has been through quite a journey to lose weight and get in shape over the last few years and Vibram Five Fingers were a key component of his regimen.

Read Chris’s story and see pics of him today after the jump!

Hi everyone, my name is Chris…

I’ve lurked about this site for some time, at least since Summer 2009, reading reviews and making my decision on what pair to buy. Let me back up a bit… I should say that I was specifically interested in these shoes because of a comment my chiropractor made. See, I’ve always been a heavy kid, with exception of about two years I spent in the pacific northwest (Portland area), I’ve always been well above 300 pounds. I dropped down to about 220 in Portland with all the walking. Heck, I got to where I could even run a little. Fast forward about 7 years. I had just ended a really bad 5-year relationship and was topping the scales at 341 (Summer, when Jeep photo was taken). I decided that walking 5 mi. a day wasn’t enough to cut back on the weight loss… that and I couldn’t exceed the 5 mi. without ankle and knee discomfort. It doesn’t help that in ’99 I was slammed into at about 55mph by a speeding Expedition while I was at a dead stop in a beat up old Ford… my lower lumbar is compressed, or was.. 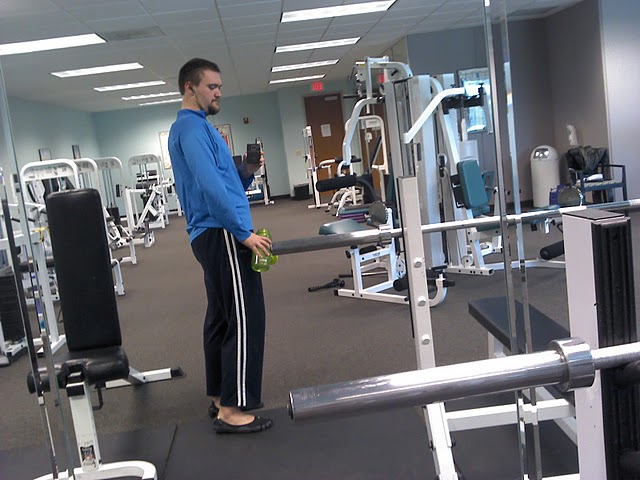 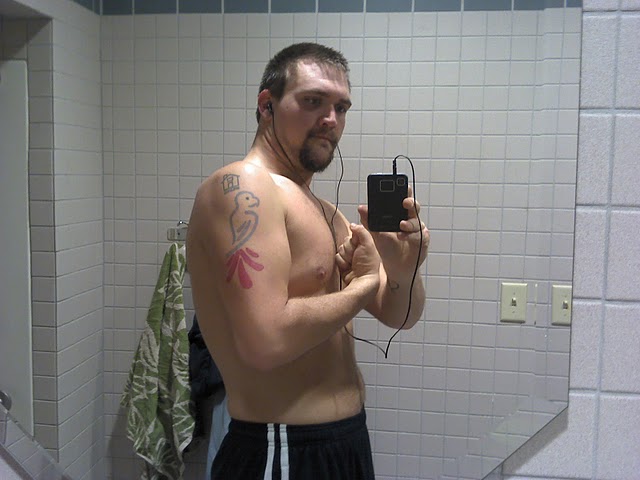 I like this pic because it shows off my parrot tattoo.

As what others have said before, I started out with VFFs and gradually worked up to walking my 5mi again over a 6-week period when I first got them. I never took the black/black KSOs off from June until about late November when the rains and cold weather made them too cold to contend with. But I still wore them to the gym. Black Friday 2009 was when I got serious about making a permenant life change. I was 322.8 lbs. that day. I’ve weighed in at a low of 221… so no matter how I cut it, I’ve lost 100 honest pounds. It was no small feat, and these shoes held up well. I bought my first KSOs in June ’09 and wore them until Feb or March 2010. I got a pair of KSOs to replace them (Orange/black) and a pair of black/black Classics. I now need to replace both pairs and will be buying a pair of Bikila’s to replace the KSOs and another pair of KSOs to replace the Classics… I just don’t find the classic that useful.

Since I’m on the subject of VFFs, is it normal to wear a hole on the left shoe if you drive a stick? I thought it was funny that the only reason the first pair of KSOs were retired — after many popped stitches, tears, the straps breaking off … we all know what the original hard used KSOs were like… that both pairs of replacements, in a years time, have holes in the same spot on the left shoe. This is partially why I am anxious to see if I get more than a year out of the Bikilas… that added padding around the ball is just what my clutch foot needs!

I also haven’t worn any other shoe (exceptions: dress shoes for a date, once, and my 17-year old pair of Timbertland Boots to the junk yard to scavenge for car parts — often but does not exceed 6 hours per visit once a week or so) since I’ve gotten these. I stand taller now — almost 6’4″ in “normal” shoes. My posture has improved and the last set of x-rays after another rear-end collision I was involved in (I can’t win, can I?) … showed that the cartilage between the lower lumbar had actually increased a little with the massive amount of weight loss.

I’m 28 years old. I’ve never been able to run before in my life, but these shoes make me want to run. I enjoy it so much. Every aspect of my life has changed for the better because of these awesome and very minimal shoes. I’ve worked in IT for over a decade now (since I was 14). I’ve now been looking at some health and fitness education and going for a personal trainers certification. I currently host a work out session once a week with two friends and have encouraged 5 other coworkers to either try VFFs or to work out… 3/5 kept the VFFs and all 5 of them still work out. On Facebook I’ve motivated some of the guys from my various Volkswagen communities into losing up to 65 lbs.

Great story Chris! Losing 100 lbs. is an amazing accomplishment and it is really great that you are bringing others along for the ride. Thanks for sharing!