Classic, KSO, and Sprint FiveFingers Reloaded: New Colors for 2010 (or sooner in some cases)

Most of the FiveFingers buzz tends to center around the new KSO Trek, Moc, and Performa, not to mention the news we received a few days back that Vibram was greenlighting production of the KSO Trek for women plus expanded sizes for men.

But we’ve also seen a couple new colors pop up in recent weeks. The month of October brought on a new KSO offering for men — the black, orange, and gray KSO, which has been a hit. And now we’re also getting reports that an all-black women’s Sprint is available (Available here, for example).

As you’ve likely guessed, there are a whole slew of new colors set to be released in the coming months, likely becoming available just as soon as they are finished being manufactured/shipped from overseas. So without further ado, here’s a massive collage of anticipated new colors for KSOs, Classics, and Sprints that I’ve cobbled together via various internet sources (see below). Click for the mondo-enormous version: 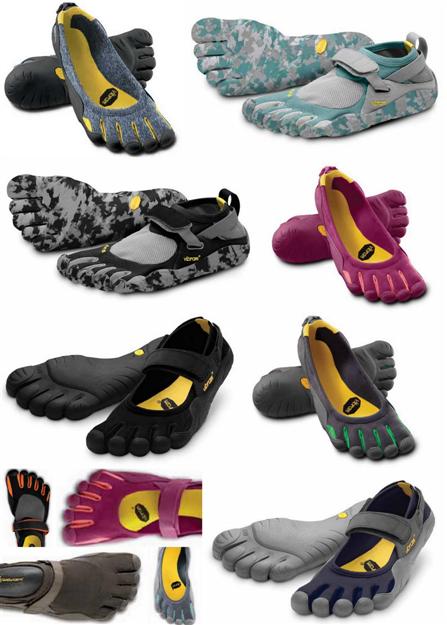 My personal favorites out of the “reloaded” color combinations are the castlerock/green Classics and the black and orange KSOs though I admit to being intrigued by the “denim” Classics combo and wouldn’t mind having those either. Of course, I am a professed uber-fan of Classic FiveFingers.

So that’s me: what do you think about the new color options?