The first video features ultramarathon runner Anton Krupicka talking about why he runs and why he likes a minimalist approach to running. As marketing videos go, it’s a pleasure to watch — and we get some great sneak peaks at the upcoming Minimus Trail (We’d previously had to guess at what the New Balance Minimus Trail looked like!).

Here are the videos:

We only get glimpses here and there of the NB Minimus Trail in the video, but from what I saw, a few things jumped out at me. For one, note the photo at the right and you’ll see the NB Minimus Trail has a solid looking, foot friendly toe box. It reminds me of Vivo Barefoots (or even my Birkenstock clogs). A wide toe box is pretty key — I wonder how much the NB Minimus can help Anton Krupicka’s toenails (they looked a bit mangled in the video!).

Other things that stand out about the Minimus is that the upper looks very thin and airy. It doesn’t look like there’s much padding around the ankle, either. Finally, the sole is Vibram-made and looks pretty basic. Can’t wait to find out just how thick it is and just how much ground feel you manage to get with the NB Minimus’ sole technology. 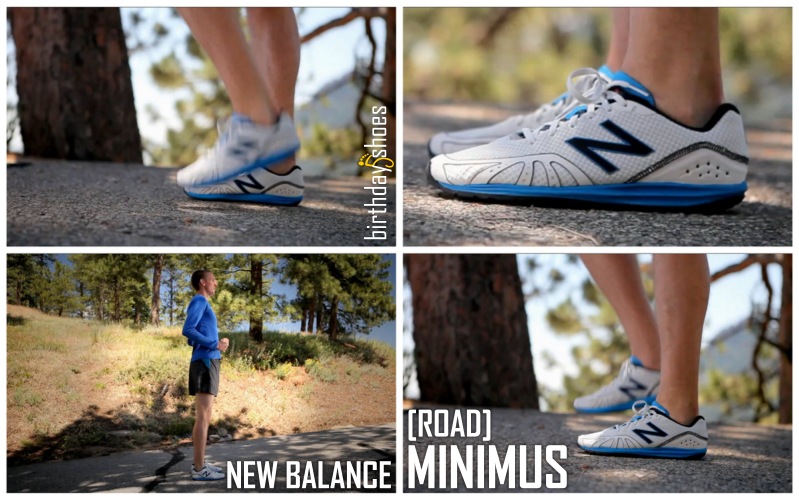 Screen captures of the 2011 New Balance Minimus Road in a video that talks about how to run.

The second video features the New Balance Minimus Road running shoe and gives a quick tutorial on a “good form,” midfoot strike running style, which seems to borrow on the Pose form of running. Anyone know who our instructor here is?

The New Balance Minimus Road certainly has a different look to it than the Minimus Trail — much more refined. It’s hard not to see the slight buldge towards the heel, but I wonder how thick the heel will actually be (sometimes looks can be deceiving on the outside). Otherwise, the profile reminds me a bit of the Vivo Barefoot Evo. As this video is much shorter than the former one with Krupicka, we don’t get to see much of the NB Minimus Road — not much of a look at the toe box or sole — so we’ll just have to stay tuned until we can learn more.