Free your Feet on the “Birthday of Independence!”

Amidst the fireworks, celebrations, vacations, staycations, and libations, it’s all too often that the message behind Independence Day is forgotten. As a refresher, that message is hinted at in the first sentence of the preamble to the Declaration of Independence:

We hold these truths to be self-evident, that all men are created equal, that they are endowed by their Creator with certain unalienable Rights, that among these are Life, Liberty and the pursuit of Happiness.

No need to get into the particulars of meaning behind the above sentence. I’d rather just leave it as this: it is our nature as human beings to be free, and to live in accordance with the responsibilities that such freedom requires.

As a way to celebrate freedom, I suggested that you experience the sensation of freedom through your feet. And a few VFFers and barefoot enthusiasts did just that — and sent in photos and videos to document their experience!

Bob rock-climbing in his KSOs in D.C.

“Hey Justin, attached is a photo of me rock climbing on Independence Day in my new KSOs. I love them. I also walked, hiked, ran, swam and climbed trees. KSOs are badass! I just picked them [up] Thursday after reading Born to Run. Also, here’s a 30-sec video of me rock climbing in them!”

Chad, Laurie and James waiting for fireworks to start in North Carolina!

“Attached is a pic of Chad and Laurie with their Vibram FF Classics, along with our son James, clad in his bare feet. We are awaiting fireworks on Lake Norman, NC.” 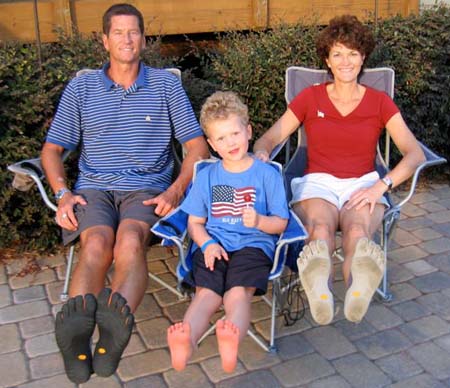 Chad previously shared with us photos after his first marathon in his KSO fivefingers!

Patrick on Independence Day in D.C.

“Fortunately I briefly checked the blog while I was on vacation, so I made a point of making sure I got a couple of pictures. None with the fireworks, unfortunately, but one comparing my foot to the Washington Monument and another looking across the tidal basin at the Jefferson Memorial. I was VFF’d both Thursday (travel, American History museum, the west wing of the Air & Space museum that was being remodeled last time we were there) and Saturday (FDR and Jefferson memorials and hanging out at Lincoln memorial for the fireworks). My soles and arch hurt quite a bit–marble and terrazzo and concrete oh my!–and my calves feel it today, and my friends were variously confused, freaked out, made fun of me, or in one case want a pair 🙂 In the end though, totally worth it.

I did have one sighting at the Vienna Metro station (black KSOs), but didn’t notice any out on the Mall.” 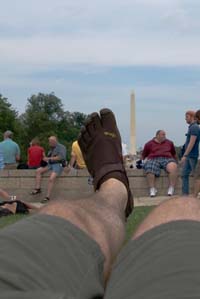 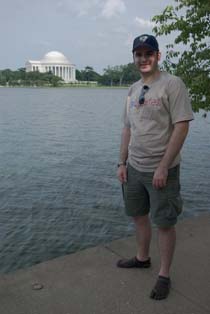 As you might recall, Patrick recently went rafting in his KSOs!

Britt from Texas wrote, “What are you waiting for? Let’s get in!” 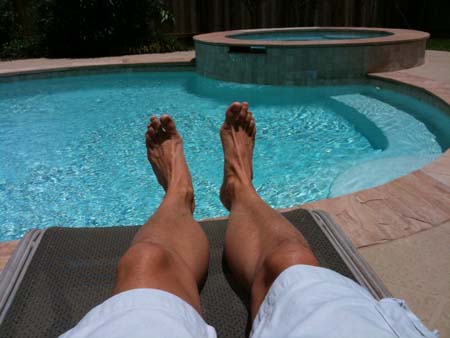 Nathan from Georgia said, “Kickin by the pool VFF style!” 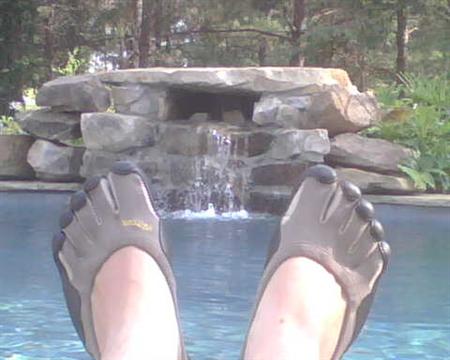 Kevin sent in a number of shots of his weekend, which included barefoot walks, lawn mowing, and relaxing! And of course, Monday means “back to the grind,” which requires KSOs in Kevin’s case!

“I hope this is what you were looking for. [In a couple of the photos] I was trying to show how steep some of my walking routes are. The Naugatuck river valley is pretty steep on either side of the water so flat land is the exception rather than the rule.

“I wore the Classics to the supermarket on Saturday and the KSO’s to church today. Other than that I was barefoot. I walked a total of 10 asphalt miles, mowed the lawn, hosted a picnic and attended a picnic.

“I think my FF’s will be in order tomorrow. The balls of my feet are feeling pretty raw so I may have to give them a break.”

And here’s a montage of Kevin’s shots (click for a larger image): 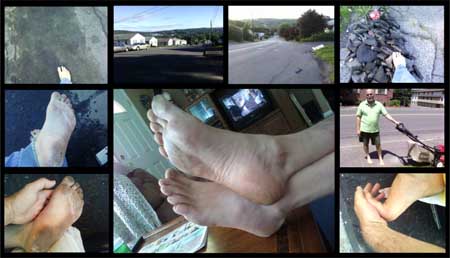 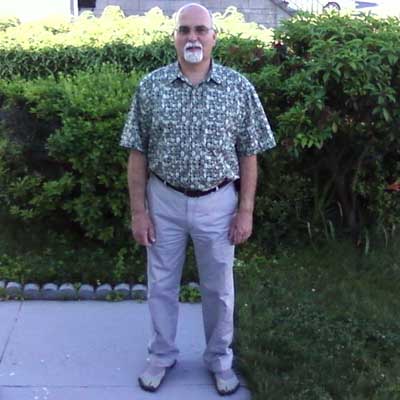 “Few pics of fireworks and relaxing after while wearing VFFs on 7/4.” 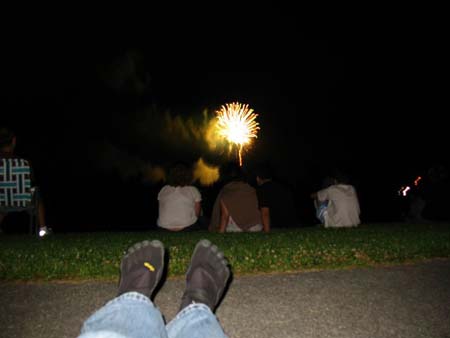 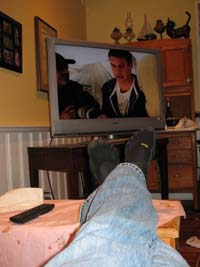 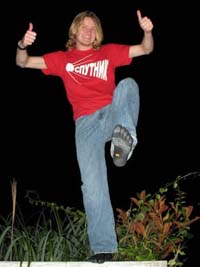 And yours truly BBQin’ Ribs

After attending a family baby shower (We’re right at one month out from “birthday zero” with our first kid!), I returned home to finish up a couple racks of ribs. I had been cooking the ribs all day (Say eight hours or so) at around 200 degrees in the oven. Here I’m finishing them off on the grill. Later, I was just finishing them off. They were delicious! 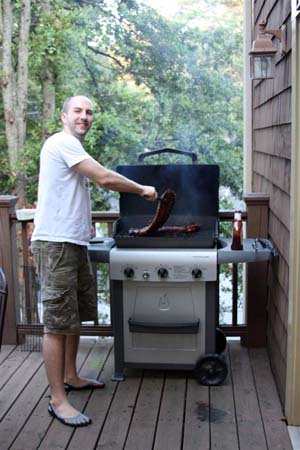 Free your Feet for the Fourth, wrap-up

Thanks to everyone for sending in photos (and a video!) about what you did over this past holiday weekend. If you didn’t get a chance to “free your feet” this past weekend, it’s never too late to start. Going barefoot or as close to barefoot as you can while still doing things outside of your house is a freeing experience — not just for your feet, but also for your mind!

Try it out — you will not be disappointed!