I’m excited to share with you all a sneak preview of some of the five toed shoes and boots in the Vibram FiveFingers 2011 Fall line-up. As you can see, Vibram has taken things up a notch — in more ways than one.

Overall, we’re seeing new laced varietals of FiveFingers — for those who don’t get “laces” on their toe shoes, realize that there are many would-be toe shoe fans who have high insteps. These “high feet” can make many VFFs too tight on the top of the foot — laces are a simple, time-tested solution to both this problem and the general issue of making a standardized shoe have a more custom fit for unique feet!

Perhaps having heard the call for winter-worthy toe shoes as well as the need for toe shoes for everyday, casual wear (read: more fashionable and less sporty), we see FiveFingers boots!

Update February 2012: this shoe never really got mass-produced. Rumor is that a couple hundred pairs (or so) got produced and are for sale in Europe. That’s it.

First, the super-high boots with the furry tops are a women’s model called the Kanga FiveFingers. I’m going to go out on a limb and guess the FiveFingers Kangas are pretty warm. How could they not be?

Given with the furry flare the Kanga has, it screams for attention and fits in with the high-boot fashion craze (oh the hours I’ve spent shopping for boots with Mrs. BirthdayShoes!). I wonder what celebrity will be caught wearing them first. Any FiveFingers ladyfolk after some boots?

The Kanga FiveFingers may not see a U.S. release as word is they didn’t show up in the U.S. catalog. The Cervinia may be the U.S. equivalent (knit upper, no fur, Jaya sole). Stay tuned.

Next, we see leather FiveFingers with laces — these are the Vibram FiveFingers Trek LS, which are basically Speed FiveFingers dressed in leather with a Trek sole.

As many Speed owners will tell you, the FiveFingers Speed is a fantastic model in the VFF line-up. Dressed in classy leather with the fantastic Trek sole, I think these will be a great addition to the line-up. Want! 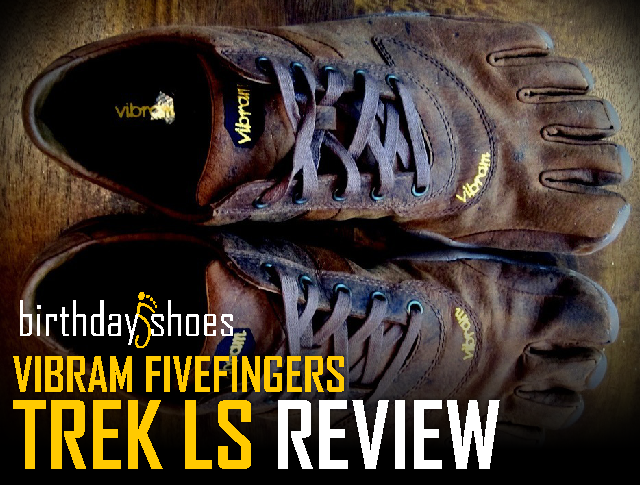 The Fall 2011 Vibram FiveFingers Trek LS, all-leather Vibram toe shoes for everyday wear (though you could certainly do an impromptu sprint, dead lift, or tree climb in them if need presents itself!).

FiveFingers Speeds in the U.S.!

Update! FiveFigners Speeds are out in the U.S.!

Now, I’m unclear as to how this fits in with the leather, Speed-like upper Trek LS, but I’ve got numerous people telling me the FiveFingers Speeds (the non-leather, Bikila-soled varieties!) are indeed, finally, coming to the United States. 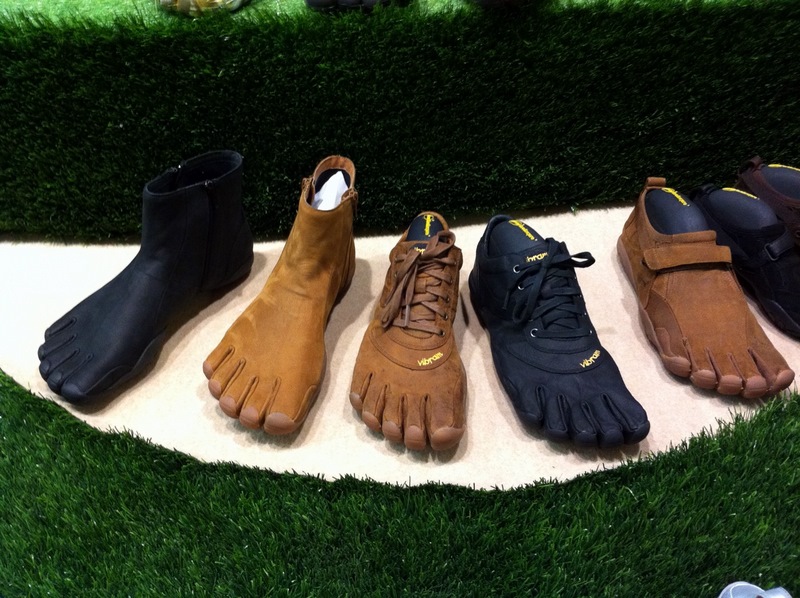 From left to right we see the Vibram FiveFingers Bormio leather boot, the leather FiveFingers Trek LS (Speed!), and a few pairs of KSO Treks — all from the Fall 2011 Vibram line-up!

Meanwhile, perhaps a reincarnation of the never-really-released FiveFingers Cortina, we see a leather boot — this is the FiveFingers Bormio. The Bormio has zippers on either side and features the Trek sole. We’ve reviewed the Bormio FiveFingers boots here in full. They retail for $160.

And what are these new-styled LS FiveFingers? It’s the FiveFingers Komodo LS! You can tell it’s a Komodo by the side profile of the women’s (pink) Komodo LS. Update July 2011!: We actually got our feet into pre-production versions of the KomodoSport LS and have reviewed the men’s here and the women’s KomodoSport LS here!

The original, non-laced KomodoSport, if you’re not up to date on VFF models, is the Spring 2011 model was released in Spring 2011 with a new sole design. You can order the KomodoSport (non-laced versions) now, actually, or learn more about them on the Komodo FiveFingers page!

In addition to the new color combos for Bikilas and Bikila LS, which is also slated to arrive any day now. Finally, it looks like there may be a women’s calf-length “boot” with Jaya sole called the FiveFingers Cervinia. Haven’t seen any photos of the Cervinia yet, so if I get some, I’ll be sure to post them here!

If you’re still reading, might I suggest you head off to read the actual reviews of these FiveFingers! This post is now (Feb. 2012) over a year old and everything mentioned above has been released (save the Cervinia and Kanga, which got nixed as far as being mass produced). Perhaps more excitingly, there are now newer models slated for release to get excited about. Just head over here to get a full rundown of all the FiveFingers coverage on BirthdayShoes — the barefoot shoes reviews rundown!

If it’s not clear, we don’t yet know all the details on these Fall 2011 models READ: These models will not be available until Fall 2011 (Attempting to head off 100 emails by folks who skim — you know who you are!). It seems Vibram reps only learned about them in the past month at the most, and are slowly spreading word to retailers around the country (and world!). That means there is some speculation above and a few attempts to match scuttlebutt to photos. We’ll sort it out here in the coming days and weeks.

So what do you think of these new FiveFingers models for Fall 2011 from Vibram? Sound off in the comments below!

Hat tip goes to Max DeLacy of BarefootInc, VFF runner, distributor, and go-to connection for FiveFingers in Australia, for sending in the photos. Also a nod to my anonymous source who filled in a lot of the product details! If you have additional intelligence (or clarifications!) on the 2011 Fall Vibram line-up, please drop me a line!