How does this feature mash-up function? Well, if you like a laced upper and the KomodoSport-style sole, it almost goes without saying that these puppies are for you. I have been finding them exceedingly comfortable (particularly in the “forget you’re wearing them”/”forget to take them off around the house” departments). What follows is my run-down and review of the Vibram FiveFingers KomodoSport LS. Though they aren’t out yet, they’ll be out soon enough (looking like August 2011). 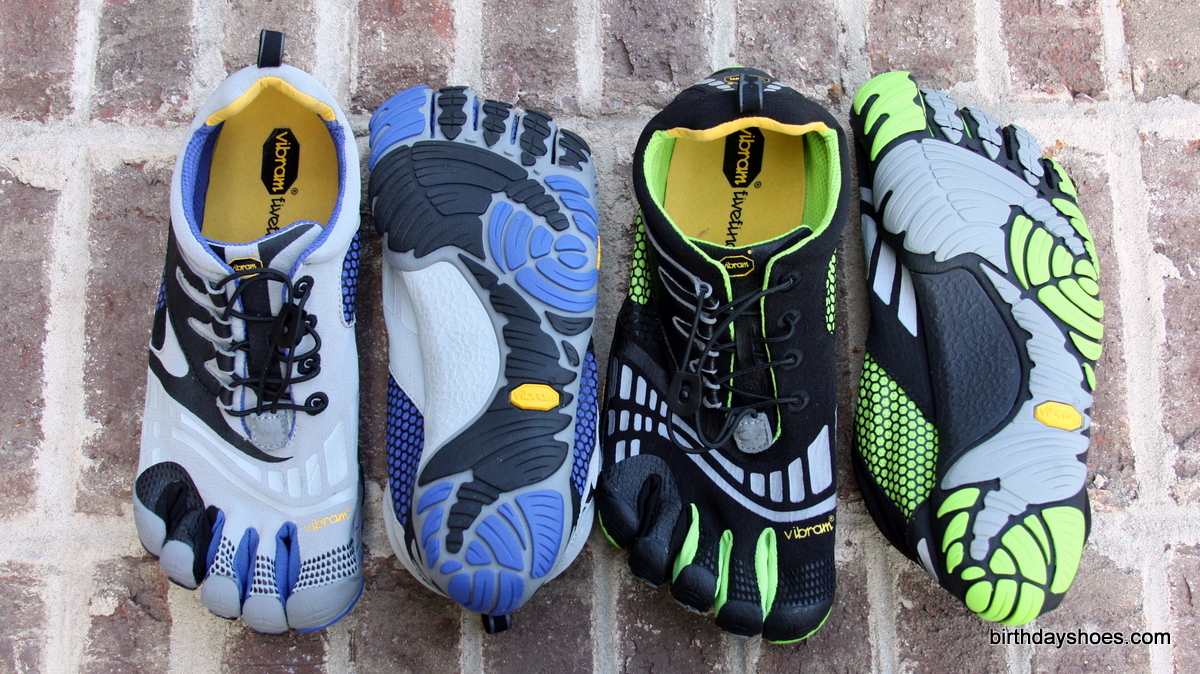 Two out of three of the men’s KomodoSport LS Vibram FiveFingers colorways available in Fall 2011.

If you’re hunting for the official word on the KomodoSport LS, here it is straight from Vibram’s 2011 catalog:

The newest addition to the Vibram FiveFingers fitness line, the KomodoSport LS, offers all of the benefits of the KomodoSport with our popular speed lacing system to accommodate wider feet and higher insteps. The stitch-free, seamless 2mm footbed reduces friction and the Vibram TC1 performance rubber outsole provides the grip and protection you need for a variety of cross training activities. Machine Wash, Air Dry.

Put in pictures, the KomodoSport LS has got “speed” laces (no tying necessary) to custom latch them onto your feet, a grippy/ridged-in-the-all-the-right-places-for-traction Vibram rubber sole, a seamless footbed that is ultra soft (it’s seamless because the footbed is actually removable), and a slightly over-styled (in my opinion) upper made of a mix of breathable mesh and thin, stretchy polyamide fabric.

A laced upper makes the KomodoSport LS FiveFingers easier to fit for those who have high insteps or wider feet. For reasons not fully understood by yours truly, some in the toe shoes community haven’t understood the need for laces. I can only assume these fans can fit into a pair of standard Bikilas. Without a laced varietal, folks like Mrs. BirthdayShoes couldn’t wear Vibrams. Meanwhile, anyone could enjoy wearing their VFFs “loose” on top, a feature for which the more adjustable Vibram LS system allows.

What’s my preference? I actually like the LS varietal of Bikila better for comfort, and it follows that I find the KomodoSport LS more comfortable, too — particularly when worn for knocking around. With the LS system, I can loosen up the speed lacing and reduce pressure on my instep. Mind, when it comes to high performance activities like running sprints, I find either system (straps or laces) work just about the same for me.

Now as for the sole …

To me the big “win” in the KomodoSport line is the removable insole (easy to take out, not so easy to put back in). The insole is 2mm thick (Read: not very) but covered with a very soft material that feels fantastic on the foot — better than the Dri-Max you get with Bikilas, better than the leather you get with KSO Treks or the discontinued Mocs, and better than the “standard” footbed with any of the original Vibram FiveFingers. For comfort it’s pretty hard to beat and it does seem to allow for better lateral friction when making cuts (chasing a frisbee, for example).

Speaking of lateral cuts, the KomodoSport LS does well in this regard thanks to added traction from the sole design. All those ridges do increase one’s ability to grip the ground — certainly better than the razor-siped but smooth original FiveFinger soles. What about ground feel? It’s still there — my gut tells me the KomodoSport LS fits somewhere between a KSO and a Bikila for ground feel. That means you get a lot of texture through the sole — you’re going to feel pebbles and cracks in concrete, just slightly muted. It’s more than enough ground feel to make you think twice about landing on your heels with straight legs but not enough ground feel that an untrained runner couldn’t manage to still have a slight heel strike (amazing, but I’ve seen some minimalist runners and VFF runners still heel striking — even slight heel striking when running means you’re crusin’ for a brusin’!). As for hard numbers on thickness, my calipers peg the thickness of the KomodoSport LS to be 1-2mm thinner at the heel than the Bikila.

As for flexibility, the KomodoSport LS provides more flexibility than the Bikilas. Here’s me dorsiflexing my right foot in demonstration: 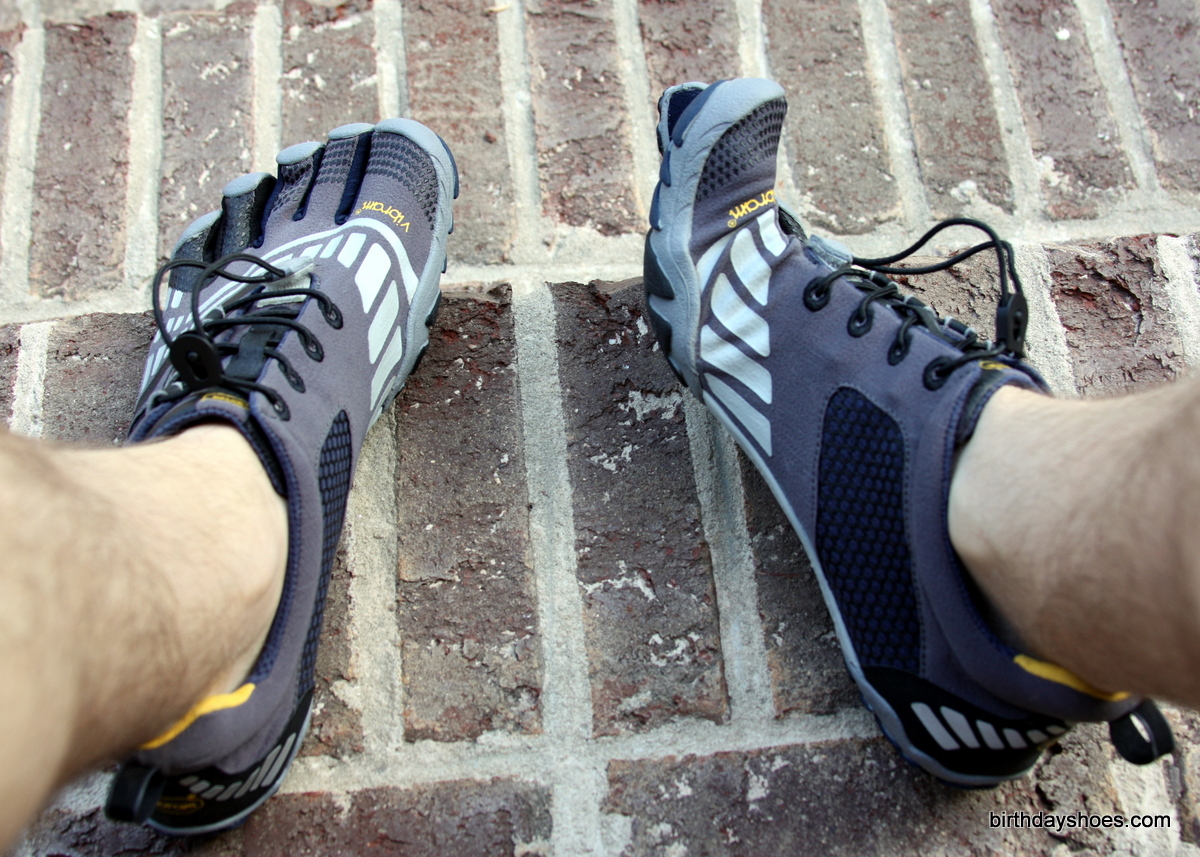 Here I am dorsiflexing my right foot in a pair of KomodoSport LS FiveFingers (big toe pointed skyward). Easier than I expected it to be and on par with a pair of FiveFingers KSOs.

What surprised me with my pair of KomodoSport LS FiveFingers was that the flexibility actually feels on par with my KSO FiveFingers. It’s surprisingly good — don’t let all the styling and craziness on the rubber soles make you think these aren’t going to be flexible or provide a barefoot-esque experience.

Just a note on the upper of the KomodoSport LS — it’s similar to the KomodoSport in that it utilizes polyamide fabric and a mesh liner that runs around the ankle and under the tongue. The toe area is simply the polyamide fabric. It’s quite breathable — I’m tempted to say these even run cooler than the regular KomodoSports, but it’s pretty hard to say definitively.

What’s up with the last two toes? Glad you asked. No, this isn’t a single toe pocket as with the Fila Skele-toes shoes; rather, nearest I can tell, Vibram is trying to add more fabric protection for the last toe toes in the event of a “snag.” Vibram has been experimenting (my words for what I’m observing) with different top of the toe protection — you’ve got the fingernail like plastic coverings on the Bikila and Trek Sport models and a more painted-on dotted material on the Bikila LS, KomodoSport, and now the KomodoSport LS — with a full “painted” covering on the last two toes. I don’t think I’ve ever snagged my last two toes hard enough to rip the fabric, so it’s hard to say how well this will work. It does make for an unusual aesthetic … more on this below.

The one thing I don’t like about the KomodoSport LS? To me, the KomodoSport LS looks over-styled, having too much paint-work going on with the upper. Mind: this comes from someone whose favorite colorways of KSOs are the Remix and the (now discontinued) blue camou KSOs. With the KomodoSport LS, I could just do without the ladder-reflective paint on the front and rear of the shoe. The dual toe-paint and fabric ‘tween the toes and grid-paint on the sidewalls don’t do much for me either. They just have a lot going on with all this styling plus the laces. The blue-grey KomodoSport LS (see photos below) reminds me a bit of the 1980s version of Tron — actually, they all invoke the Eighties to some extent. The look of the KomodoSport LS has grown on me over time but it’s not my favorite. In total, I do like the black/yellow women’s KomodoSport LS best from an aesthetic standpoint.

I like the KomodoSport LS FiveFingers as they are exceedingly comfortable. In addition to putting them through a few kettlebell workouts, hill sprint routines, etc., I’ve worn them around casually. I keep forgetting I have them on, something I’ve only really noticed when wearing Classic FiveFingers. Why are these so comfortable? Quite simply, the laces and the footbed of the KomodoSport LS are a perfect match for comfort. Meanwhile, as need presents itself to do some intense exercise, they’re ready to roll with a tug on the speed lacing system.

I’m not huge on the look of them, but that’s personal preference and let’s face it: FiveFingers have always been more functional than fashionable (how about the FiveFingers Speeds for fashion though? I dig ’em!).

The KomodoSport LS Vibram FiveFingers are Available now! (as of July 26, 2011).

What do you think? Do you like the KomodoSport LS look? Interested in this design combo? Think they’re ugly? What say you? Sound off in the comments below. I can’t help but wonder if Vibram is going to release even more speed laced VFFs going forward — who knows what is in store for 2012. As for the rest of the Fall 2011 Vibram FiveFingers, I’ll be working hard to release a review of the Trek LS and the Bormio soon! 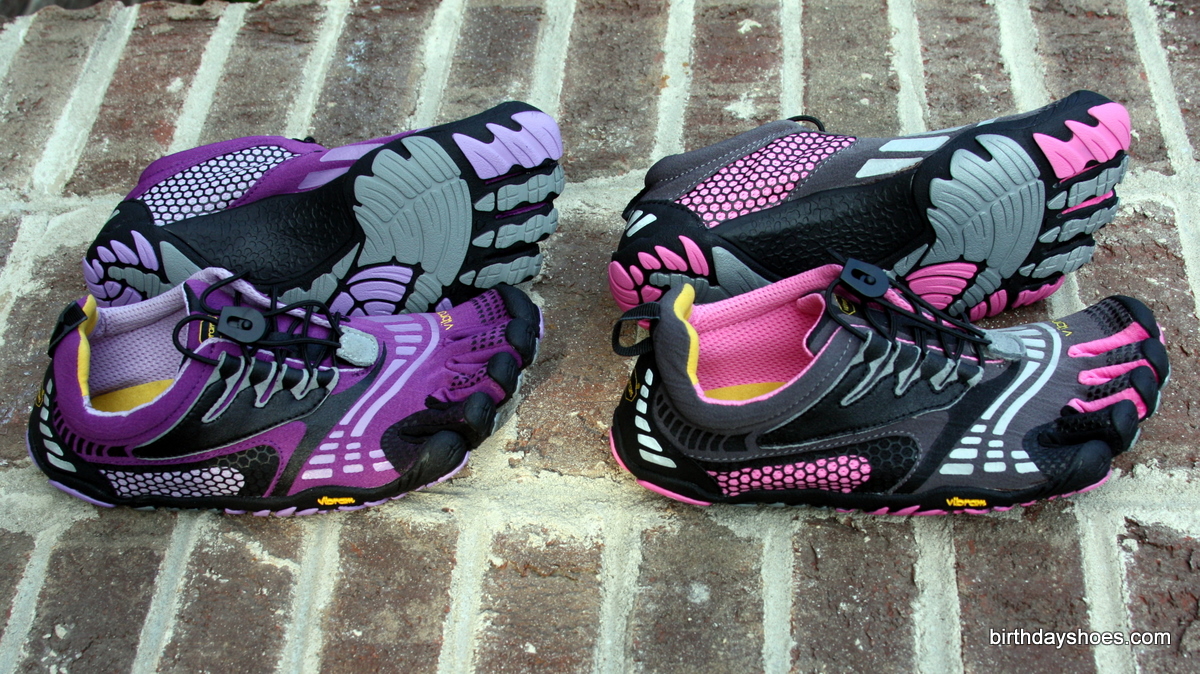